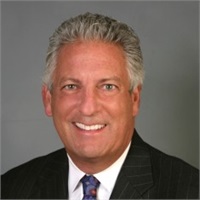 Scot spent 25 years in the financial services industry. After interning the summer of 1981 at Solomon Brothers, a young ex-partner, Michael Bloomberg, convinced him to go to Merrill Lynch. Scot spent 5 years at Merrill trading short-term fixed income and moved to Goldman Sachs in 1987 where he spent 20 years. At Goldman, Scot was responsible for client coverage and trading in the commercial paper markets, US treasuries and Government agencies. Strong client relationships and client service are at the cornerstone of everything Goldman does and Scot has continued to follow that philosophy as he builds his current business at RHB. Scot has built a successful network of friends and business associates who have engaged him in their own financial planning and have been eager to refer him to their colleagues and friends. A two time 1st runner up as Guardian’s New Agent of the Year, he was an Executive Club qualifier in his first year in the business and a Presidents Council producer in year 2.

Scot is active in the alumni associations of the schools he attended and is a former Board member of Blythedale Children’s Hospital in Westchester, New York, a hospital that serves children with complex medical and rehabilitative needs.

He holds a BA 1980 from Colgate University where he played tennis and a MBA 1982 from Duke University Fuqua School of Business.

An avid golfer and tennis player, Scot and his wife of 29 years, Patricia, reside in Armonk, New York.  Their oldest son Drew graduated from Vanderbilt University in 2012 and currently lives in Denver, CO and works for Deloitte Consulting. Their son Justin graduated from Richmond University in 2014, having played soccer for them. He currently resides in New York City and is an investment Banker with Credit Suisse.