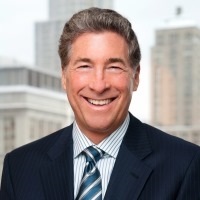 Strategies for Wealth, a leading agency of the Guardian Life Insurance Company of America, represents a unique approach to financial services with an emphasis on wealth creation and protection for families and businesses. As President of the 81-year-old firm, Ron and more than 180 associates have helped thousands of clients significantly increase their wealth, control their assets and maximize their ability to enjoy their life.

Under Ron’s leadership, the Firm has led Guardian in core product sales for the last 12+ years. The Firm has won the President’s Cup Award for the best overall performance in production, recruiting, agent development, training and persistency sixteen times and has been the recipient of the Medallion Platinum Award in 2005, 2006, 2008, and 2009. In addition, the Firm has been one of Guardian’s Platinum Agencies since 1998 and has won the National Life Insurance Award since 2000. The Firm has also received the Guardian Quality Agency Award thirteen times (1985, 1988, 1996, 1998-2002, 2004-2006, 2008 and 2009) and the Productive Growth Award (since its inception) in 2009.
The firm’s retention rate is over 70%.

Ron and his firm are proud supporters of several charities in the tri-state area. The firm hosts an Annual Golf Outing that has raised over $1 million over the past 12 years for the Children’s Hospital at Westchester Medical Center. The Firm also supports Melanoma Research at the NYU Cancer Institute. They are also involved in New York Cares Day Winter Adaptive Games for New York City Children with Disabilities and in Connecticut’s Special Olympics Golf Tournament. Ron has been honored by CAPP (The Child Abuse Prevention Program), an organization active in protecting the lives and rights of children. He also served as Chairman of the Board for CAPP. He has been a supporter of the life insurance division of UJA & Israel Bonds, the Jewish Federation of Greater Middlesex County and served on the Board of Directors of the East Brunswick Jewish Center. Ron has been honored by UJA and with ADL’s Torch of Liberty Award.

Ron was raised in Brooklyn, New York and earned his Bachelor of Arts from Brooklyn College. He has two daughters, three grandsons and one granddaughter!