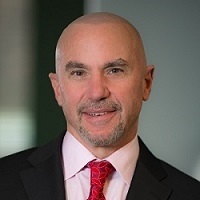 Josh Becker is a Partner of Strategies for Wealth, a leading agency of the Guardian Life Insurance Company of America. As Partner of the 81-year-old firm, Josh and more than 150 associates have helped thousands of clients significantly increase their wealth, control their assets and maximize their ability to enjoy their wealth and their life.

Josh began his career in the industry in 1986 and quickly moved into management. Before joining Strategies in 1997, he managed agency offices in Minneapolis, MN and Rye Brook, NY. During his career, Josh has been the recipient of numerous “firm-building” awards. Under Josh’s leadership, the firm has won Guardian’s Platinum Agency and the National Life Insurance Awards for six consecutive years. The firm has also won Guardian’s Regional- Northeastern representative “Power of 12” Agency Award four of the last six years.

Josh and his firm are proud supporters of the Maria Fareri Children’s Hospital at Westchester Medical Center. The firm is also involved each year in New York Cares Day Winter Adaptive Games for New York City Children with Disabilities and in Connecticut’s Special Olympics Golf Tournament.

He is responsible for talent acquisition for the firm’s three offices. In addition to recruitment and selection of candidates, Josh works closely on management development and the advanced marketing firm.

Josh and his wife, Elizabeth, live in Connecticut and have three children. He enjoys playing golf, landscaping and spending time with his family.