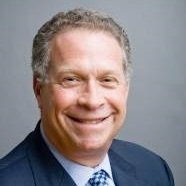 Jerry Harnik, CLU®, is a Partner of Strategies for Wealth, with offices in Manhattan, Rye Brook, and on Long Island. He began his career in 1976 with The Guardian, and after three years as a field representative, moved into management. His primary responsibilities include overseeing the training and development of the firm’s representatives.

After hours, Jerry is very dedicated to giving back to his community, particularly in the area of children and their well being. Jerry has been a strong supporter of CAPP (The Child Abuse Prevention Program) for over fourteen years. CAPP is an organization active in protecting the lives and rights of children in the five Boroughs of Manhattan. He has served as Chairman of the Board, as well as chairing their annual dinner event. Jerry and his firm are also proud to support the Maria Fareri Children’s Hospital at Westchester Medical Center, having raised over $1 million since the hospital’s inception. The firm participates in New York Cares Day Winter Adaptive Games for New York City Children with Disabilities and in Connecticut’s Special Olympics Golf Tournament. Jerry currently serves on the Board of Directors for WJCS (Westchester Jewish Community Services) and in this capacity was named as The Wall Street Journal’s donor of the day in August 2011.

He and wife Audrey were married in 1977 and have two grown children, Julie and Evan, and daughter-in-law Maxie.